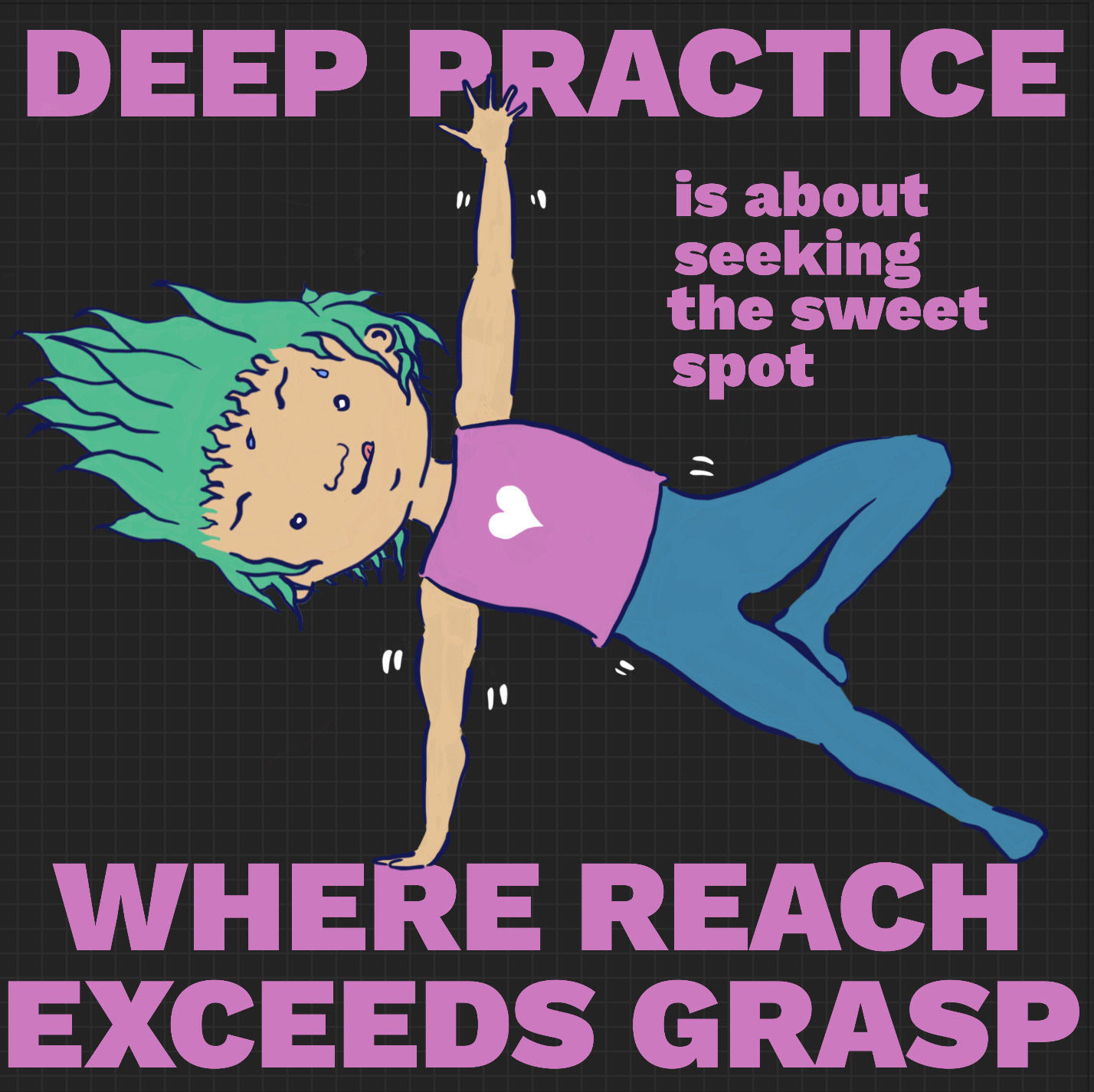 One book changed my outlook on practice forever.

Coyle taught me about myelin.

It’s this white stuff in your brain. Einstein had a tonne of it.

Every neural circuit in your brain gets insulated with this sheath of myelin.

It’s a bit like that insulating plastic that’s wrapped round electrical cables.

Except myelin does so much more: It increases the signal strength, speed and accuracy of neural fibres.

So, say you’re fluent and precise with a yoga move - that means you’ve got a thick layer of myelin around the brain circuits for that move.

Great. So how do I thicken my myelin??

(This is the cool part).

Any time you enter a state of discomfort and reach after something you can’t quite do yet, and make a mistake, and try again… that’s when myelin’s made.

It literally triggers a brain cell (called an oligodendrocyte) to float over and wrap a new layer of myelin round the circuit that’s making an effort.

That’s how you become talented.

It’s not inborn. It’s not fate. It’s the repetition of reaching, through repeated mistakes, after skills that are just outside our grasp.

Here’s how Daniel Coyle puts it:

“Deep practice is built on a paradox: struggling in certain targeted ways—operating at the edges of your ability, where you make mistakes—makes you smarter. Or to put it a slightly different way, experiences where you're forced to slow down, make errors, and correct them—as you would if you were walking up an ice-covered hill, slipping and stumbling as you go—end up making you swift and graceful without your realizing it.”

How awesome is that? 🙂